Coach Scariolo spoke after the Supercup victory: “Congratulations to the team. We interpreted the game well, fought, played with energy, with mistakes and uncertainties that are normal at this point in the season. I’m happy for the club, the fans, the players, especially after the difficulties we had at the beginning of the season. It’s a bit of morale that is good for us. But nothing more, it’s nice to have won the tournament, let’s size it up for what it is and start working again.
The positive thing is that when we entered the holes of indecision this time we came out faster. It happens to everyone, we try to make them last a short time. Above all, we allowed a lot of offensive rebounds, but we managed to limit the bad moments so that they didn’t jeopardize the outcome of the game.
Jaiteh. The games at this point in the season must be taken with pliers. We try to have balance, I say that the spirit, attitude and cohesion of the group are there and it’s nice to see them emerge, especially in difficult moments.
Pajola’s room for improvement? There is a lot of room for improvement. Today he was excellent on offense and adequate on defense for his level. He has a great future and we need to give him the peace of mind to play, maybe have two bad games like the last few, one good one like today, he is in a process of growth that can take him to the highest level. I see him as an expert who has seen so many 20-22 year old players crowned as phenomena. Let’s try to size him up, even for him. One becomes a great player when he plays continuously, not 100 always, but 80 always. A comparison with Rubio? We brake, we have to accompany and correct him. That’s the secret, don’t listen to the sirens. I love working with him, and I know where to grow, I’m happy he had a great day in a final.” 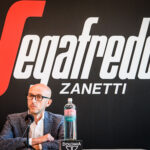 Ronci to Radio Nettuno Bologna Uno: “A great atmosphere in the team. Presence and warmth of the fans will be important for the difficult matches to come”
20 Jan 2022Jacopo Cavalli 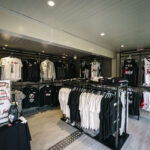 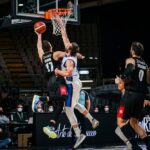 Marco Ceron to Sky Sport 24: “It was a great emotion to come back and score in the Italian Championship”.
19 Jan 2022Jacopo Cavalli