Virtus Segafredo Bologna General Manager Paolo Ronci spoke live on Radio Sportiva: “This year after many years we are returning to the Euroleague and so with a deep roster we were able to face a competition like the Supercoppa, where two games are played in two days. The Euroleague in Bologna will be especially nice to experience it, we will start next Friday in front of our fans and we are looking forward to it. From the fans we expect what they have always given us: so much warmth, from the night of the EuroCup final each of us has a special memory. We know what our audience can give. We think that this year’s roster can give so much back to our fans. The Euroleague is a very long and tiring competition, there will be difficult moments and we will need an extra push there.”

“The Super Cup, because of the context of the end of the pre-season, had hard-fought games: with Milan we won in overtime, the show offered was the best possible at this time of the season. The Championship? We carry with us the ability to suffer that we showed in the two Super Cup games. The team continued to play without excessive nervousness, we were always inside the game without forcing and going after maybe the player who might have the play in the ropes at that moment. We found a good willingness on the part of all the players, even the new ones: obviously there is room for improvement but we showed that we were there and this pleased me a lot. The foundation is good, we are happy to have started like this. Austin Daye? We talk about a great player but I think it’s ‘radio market’ news. I think it’s more of a rumor coming from an offer that came from his prosecutors.” 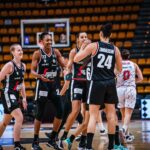 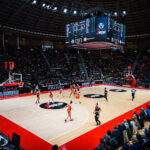 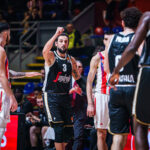