One of the protagonists, up to now, of the Virtus Segafredo Bologna women’s team season and fresh off the call-up with the National team, for the recent EuroBasket Women 2023 qualifying window, Beatrice Barberis was a guest on TRC, the official radio station of the club: “The week with the National team was great, I didn’t expect to be in the 12 at the beginning. I found teammates that I usually play against and it was great because a good group was created right away. We won both games, two different competitions that we faced in the same way. In Faenza it was even better because we felt the warmth of the people and it was an indescribable emotion, it had been a long time since we felt those emotions.

For the Virtus forward, not only basketball but also two degrees, with a third one on the way: “I made a choice when I was young, studying was really important to me. I decided that I wouldn’t leave home until I finished studying, because I still wanted to pursue both my sports and university careers, also with a view to the future.”

After the week with the National Team, Barberis and her teammates are back to train in the gym for the upcoming championship and EuroCup commitments, together with Cecilia Zandalasini, introduced in the Segafredo world by Barberis: “I was really happy to meet ‘Ceci’ again, after having done almost all the youth with her. We get along very well, she’s a great person as well as a great player. I was excited about her arrival. But in general we’re a good group, the foreign players have integrated very well, we feel good together. Goals? We always play to win, we have that goal and we always try to give our best: the club has invested a lot and we want to give everything. President Zanetti’s commitment is very nice and at the same time important, it could be an example for other Italian cities and we hope it will be. The victory against Venice? It was just one game, we still have a lot to do. It was certainly an important night because we wanted to do well and find ourselves. But head down and work, starting Sunday with an important game against Ragusa. The coach asks us to have a positive attitude on the court and attachment to the jersey, these are the two most important things, regardless of wins or losses.”

Beatrice Barberis is now in her second season in Bologna: “I love tortellini. Apart from that, last year we could go out very little, this year we have a little more freedom and sometimes I try to take walks in the center, I really like the city. I have many friends from Bologna and also thanks to them in these two years I have lived Bologna thoroughly.”

After Sunday’s challenge with Ragusa, Segafredo will be engaged in EuroCup for the decisive game with Carolo at home: “The start in the cup was difficult, we were never full. Now since a few weeks we are full, both with Turner and Cinili. We won the last one with Gernika and now we have the goal to keep chasing the passage of the round. We are training well in the gym. For many of us in a European competition it’s the first time so we have to try to do the best we can.” 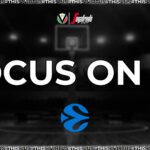 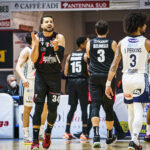 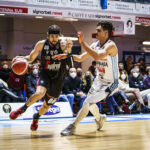